Rorschach studied under the eminent psychiatrist Eugen Bleuler, who had taught Carl Jung. The excitement in intellectual circles over psychoanalysis constantly reminded Rorschach of his childhood inkblots. Wondering why different people often saw entirely different things in the same inkblots, he began, while still a medical student, showing inkblots to schoolchildren and analyzing their responses.

By July 1914 Rorschach had returned to Switzerland, where he served as an assistant director at the regional psychiatric hospital at Herisau and in 1921 he wrote his book Psychodiagnostik, which was to form the basis of the inkblot test. 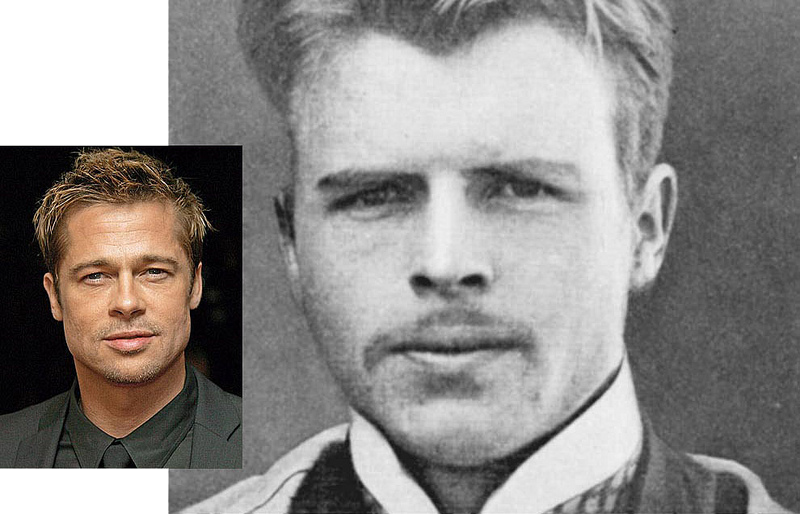 Many people can see the striking resemblance between Brad Pitt and Hermann Rorschach. Is this just a coincidence or is there something more to it? Rorschach began learning Russian, and in 1906, while studying in Berlin, he went for a holiday in Russia. Rorschach graduated in medicine at Zurich in 1909 and at the same time became engaged to Olga Stempelin, a girl from Kazan in the Republic of Tatarstan, Russia. At the end of 1913, after graduation, he married Stempelin, and the couple moved to live in Russia. A son was born in 1917, and a daughter in 1919. Olga died in 1961. On her father's side, Angelina Jolie is of German and Slovak descent, and on her mother's side, she is of primarily French Canadian, Dutch, and German ancestry. Jolie suffered episodes of suicidal depression throughout her teens and early twenties.

She played the supporting role of the sociopathic mental patient Lisa Rowe in Girl, Interrupted (1999).

The movie marked her final breakthrough in Hollywood. She won her third Golden Globe Award, her second Screen Actors Guild Award, and an Academy Award for Best Supporting Actress.

If you would like to learn some of these techniques and test them for yourself, feel free to email me. Remember, this has very little to do with past lives. It is about the direct perception of truth.

Can the study of the mind be used in negative ways? Hollywood is seen by many as a vast mind control machine.

If Hollywood is owned and controlled by the elites and the same elites insist the world's population MUST be reduced by 90%, then can this be achieved, in part, by covert means utilizing mind control techniques?

"Cole has been thrust from another world into ours and he's confronted by the confusion we live in, which most people somehow accept as normal. So he appears abnormal, and what's happening around him seems random and weird. Is he mad or are we?"

— Director Terry Gilliam "Have you ever confused a dream with life? Or stolen something when you have the cash? Have you ever been blue? Or thought your train moving while sitting still? Maybe I was just crazy. Maybe it was the 60's. Or maybe I was just a girl... interrupted."

Statement by Alex Jones: “Clearly there are bigger criminals in the United Nations than Angelina Jolie, but nevertheless she has been an enthusiastic proponent of all these so-called “humanitarian” wars in Libya and beyond. The United Nations’ history of war crimes and massacres is legendary, and just as Joseph Goebbels operated as a propaganda minister for the Nazis, Jolie, who is officially employed by the UN, is their mouthpiece. It is her task to promote endless war. It’s time to call out the United Nations and by extension their poster girl Jolie for what they are – instruments of a corporate fascist world government. Yesterday morning while doing research into Kony 2012 I read a Hollywood Reporter article where Jolie was enthusiastically calling for an invasion to arrest Joseph Kony in Uganda, and the hypocrisy was just too much. The western backed dictator of Uganda has overseen the murder of a thousand times the number of people than what Joseph Kony has killed, and so by Angelina Jolie’s benchmark for war crimes she herself should be arrested, but therein lies the paradox, because United Nations would have to arrest itself.”

Rorschach (born Walter Joseph Kovacs) is a fictional character and an antihero of the acclaimed 1986 DC Comics miniseries Watchmen. His mask displays a constantly morphing inkblot that is based on the ambiguous designs used in Rorschach inkblot tests.

He is often described as being mentally ill by other characters in the comic.

Rorschach's refusal to compromise inevitably results in his death.


The Collective Unconscious is NOT a satisfactory source of information. It is the realm of dreams, emotion and intuition. The realm utilized by programmers and mind controllers. 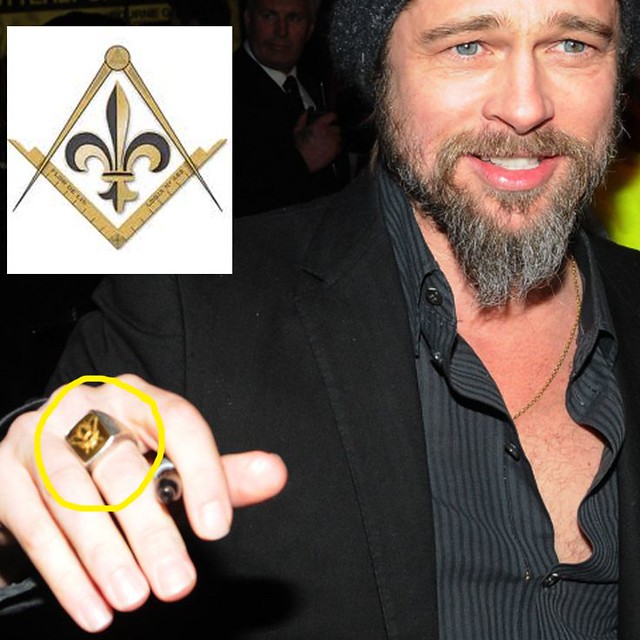 It is the realm of delusion where the weak-minded live in the dreams created by magicians. If the ONLY reason we think Brad Pitt might be the reincarnation of Hermann Rorschach is that they look a little alike, then we have failed to exercise psychic power in the form of critical thought. Although, I actually studied past life reading for years with an expert, I am quite happy, if someone can prove my findings incorrect. It would be, in fact, a great relief and would reinforce many of my theories on human delusion. Can we alter our appearance in dreams? If so, how often and what other exotic forms do we take? What's so evil or retarded in wanting to explore the underlying reason for why certain people may resemble certain historical figures to a spooky degree? In some ways, it's more sensible to try and explain it, rather than ignore it. In the end, it's NOT about past lives, it's about the search for truth. To wannabe past life readers and psychics, I say this - we don't want to be channeling entities or seeing past lives. That's the last thing we want. We need to access the stage beyond all that nonsense, first. Only then can we look back and make accurate sense of the jumbled mess of sensations and experiences, which were the unfortunate product of our previous programming.

Truths of great import are hidden in plain view, but few, so very few, ever get to see them!

Most of the biographical data relating to famous living, dead or reincarnated persons was either copied directly from articles found at Wikipedia or slightly modified. It therefore remains free under the GNU Free Documentation License (GFDL).

Past life readings were supplied by trained expert Brianstalin who has studied with various gifted healers and teachers including the Dalai Lama.

Brianstalin reminds us that although the Akashic Records remains the ultimate source of all knowledge, we must access this source directly in order to determine the truth of what he or anybody else is telling us.